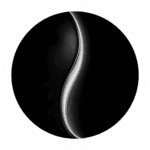 Top Ten Writing Pitfalls and How to Avoid Them 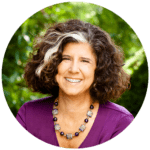 I first identified the top ten writing pitfalls and how to avoid them for selfish reasons.

I’ve seen a lot writing snafus in my 30-plus years editing other people’s writing. And the top ten writing pitfalls I’m about to share with you are the ones that show up over and over again and are the most likely to bore your reader.

Most writers fall into these pits unconsciously, and out of habit. But if you can avoid the top ten writing pitfalls, or at least have the savvy to spot and correct most of them, then you can enjoy a quick and painless editing experience—both for you and your editor!

I recommend (and not just selfishly) that you go through your content to look for and correct these errors before you send your work to an editor. Not only will it make their job easier, it can speed the editorial process and also cut the number editing rounds that need to be done, which should lower the cost as well.

Taken alone, none of these pitfalls are fatal errors. It’s not that you must avoid every writing pitfall every time. But when these pitfalls show up over and over, they diminish the reader’s interest as well as the impact of your writing.

One caveat: please note that none of these rules apply to dialogue. Perfectly polished dialogue sounds phony and stilted.

Don’t wait to build up to a sentence that will grab the reader’s attention. Come out with it upfront and early. Give readers a reason to keep reading. Use a compelling opening statement to hook them in and keep them engaged. Good openers include: a compelling personal story (or a client’s story), a bold statement or admission, or describing a dangerous or odd situation and then sharing the context—why you brought it up.

End chapters with something to compel readers forward. Novelists often use cliff-hangers at the end of each chapter. You can apply this effectively to nonfiction as well. Provide an enticing thought that makes the reader want to go to the next one. Make the reader hate to put your book down.

#2: Hopping around with verb-tense, point of view, and other inconsistencies

Writing affords many options. Present tense, past tense, first-person narration, omniscient narrator, you can write OK or okay to mean “it’s cool,” and abbreviate United States with U.S. or US and be correct both ways. Just be consistent!

Before the book goes to the editor, decide how you want to treat these style items and make sure you do it the same way each time. If you use Microsoft Word, execute a find/replace to look for inconsistencies and correct them. For example, if you choose to use U.S., and you have some references where you used US, you would enter find: US and replace: U.S. And then replace them one-at-a-time. Do not try to save time and select find/replace all, or you’ll end up with weird changes like, “I sent my book to literary agent Jillian ManU.S.”

Let’s throw caution to the wind, summon every ounce of courage we can muster, look a gift horse in the mouth, and discover the light at the end of the tunnel as we brainstorm clichés. Good. Now go to your manuscript and take them out. Overuse of clichés and idioms indicate lazy writing. Come up with your own way to say it. If you must, you may include one or two clichés in your entire book—but it’s better if you don’t.

However, I do encourage you to sprinkle in a clever twist on a cliché where appropriate. For example from one client’s book, Growing Old With Grace by Ramakrishna Michaels: “Arriving late to mediation class, I went tiptoeing through the devotees to claim the only remaining space at the front of the room.”

To be, or not to be. That is the question. Okay, so the greatest writer in history’s most famous line contains all passive verbs. Call it the exception that proves the rule. When overused, “to be” verbs, and any conjunction of “to be” (is, was, were, been, being, etc.) sound passive and vague.

For example: It is often the case that writer who uses a lot of “to be” verbs is at risk of appearing to be remote and superior, and the reader is left confused and sleepy.

See how the “to be” verb distances both writer and reader from the sentence and makes reading hard work?

Here’s the same information in a sentence without any passive verbs, including “to be.” Writers who use a lot of “to be” verbs make it hard for the reader to stay awake or find the point.

For example: She is moving to the beat (present progressive) can be changed to she moves to the beat (simple present) without altering the meaning.

Of course, don’t eliminate “to be” verbs from all writing, because they are a necessary part of speech, but have fun using opportunities to spice it up with thousands of other descriptive, engaging, and lively choices.

Example: It was a dark and stormy night. We get the idea, but it doesn’t do much to create a picture in the reader’s mind.

Look what happens when we add active verbs to give the reader a sensory experience of the same scene. I stared at the black, moonless sky as the wind ripped the umbrella from my hand and the rain pummeled my face. Not only do we see dark and stormy, but we feel the wind, the rain, and the intensity.

In a manner of saying, yes.

In the event of…

I need for you to…

Try I need you to…

In other words… Try saying it clearly the first time.

The CEO of the company… Trust that your reader can figure out the title CEO is intrinsic to having an affiliation with a company.

I thought to myself… Wow! You did? As one editor quipped, “Whom else would you think to? Your grandmother?” Try, I thought.

General nouns, such as there, that, and it, remind me of the blank tile in a Scrabble game. They fit with everything, but you don’t gain any points for using them. They do the job, sort of, but when you overuse them, you miss opportunities to engage your reader’s imagination and senses.

In speaking, we often use nonspecific adjectives and adverbs such as really, more, and very for emphasis or to elaborate. In writing, these words convey a wishy-washy vagueness that weakens the work.

Why would you say, “It’s really hot”? It’s either hot or it’s not. If you feel tempted to add a qualifier, trust there’s a better adjective or verb that would eliminate the need to say very or any of its lame counterparts.

For example: “It’s very hot in here” could be stated as, “It’s sweltering” or “I’m burning up in here.”

Similar words to hunt down and remove from your manuscript include: quite, actually, somewhat, usually, fairly, particularly, and a bit.

Can you leave a few in? Sure. But most people exhibit extreme overuse of these words, so be ruthless. Cut most of them.

Every writer has at least one verbal tic. By tic, I mean a word or phrase that you repeat over and over because your mind finds it pleasing. If you haven’t noticed a tic in another’s work, it’s because they have a good editor or some writing instructor has already beaten it out of them.

Examples of common tics, in addition to all the words listed in pitfall number 7, are so, awesome, suddenly, surprisingly, overwhelmed, keep in mind, in other words, in reality, and in fact. I tend to overuse certain words, so before I turn in my work for editing, I go on a hunt and destroy mission and take out most of them. You can do the same. Figure out your “tic,” do another “find and replace,” and go through and cut or reword most uses.

Adverb abuse is a terrible addiction that has ruined many a promising writing career.

“An adverb is a word or an expression that generally modifies a verb, adjective, another adverb, determiner, clause, preposition, or sentence,” says Wikipedia. While they have a use, adverbs too often become a crutch for writers who haven’t figured out the value of a thesaurus.

Think about it. If adverbs modify/clarify the meaning of verbs, adjectives, and such, why not just pick a word that already has the meaning you want?

That’s an easy one, because we can tell what the writer means by “extremely happy,” but what if the adverb is so incredibly vague, we can’t tell? In those instances, look at the context of the rest of the sentence or paragraph to discern the essence of the meaning intended.

For example, I found the film incredibly dull. What does that tell us? That it was very boring? What kind of boring? I type “dull” into Thesaurus.com and find about two-dozen kinds of dull. What did the writer mean by incredibly dull? Commonplace? Archaic? Dreary? Monotonous? Trite? I’m going to pick “monotonous.” I found the film monotonous. Now, not only do we get that it was dull, but we understand that it was repetitive and dull.

Warning: when you turn to a thesaurus, only select a word if you already know what it means. Do not use the thesaurus to experiment with new words in your published works. It’s not about finding the big word; it’s about finding the best word. Too many writers misuse fancy words where they don’t understand the nuanced meaning and end up sounding incredibly dumb…I mean foolish.

Be concise. If the extra words add to the reader’s experience, leave them in. If not, they’ve got to go.

Example from a draft I got from a client: Keep in mind that if you initiated the call, it is proper etiquette for you to end the call. Be sure not to do it in an abrupt manner, as it may disappoint or annoy the caller.

Which I edited to read: If you initiated the call, etiquette dictates that you end it—gracefully.

Every writer needs a good editor. But you can be your editor’s dream client if you edit yourself first and look out for these top ten writing pitfalls.

As you write, reference this list of the top ten writing pitfalls and how to avoid them. Not only will you need less editing, but your writing will have a greater impact.

Post Views: 67
PrevPreviousSelf-Publishing Success Tips
NextTop Tips to Use Your Book to Grow Your BusinessNext